Cystic fibrosis (CF) was first recognized as a clinical entity in 1938. Its genetic nature and autosomal recessive inheritance pattern were described in 1946. In 1948, patients with CF were observed to lose excess salt in their sweat which led to development of the chloride sweat test (a diagnostic test still in use). Documentation of clinical manifestations (pancreatic insufficiency and bacterial endobronchial infections) over the next 3 decades resulted in earlier diagnosis. In the 1980s, problems in epithelial chloride transport were linked to CF. In the late 1980s, elevations in pancreatic immunoreactive trypsinogen (IRT) in newborn blood were associated with CF. Finally, in 1989, DNA mutations associated with CF were identified on chromosome 7. The gene product was called the cystic fibrosis transmembrane conductance regulator (CFTR). During the 1990s, major insights were gained into the function of CFTR and the pathophysiology of CF. Dramatic improvements in early diagnosis and treatment have followed close behind.

More than 1,600 mutations within the CFTR gene have been identified, and while some mutations are often associated with severe sequelae, even siblings with identical CF mutations may have dramatically different clinical courses. CF may affect the lung and upper respiratory tract, GI tract, pancreas, liver, sweat glands, and genitourinary tract. Nutritional abnormalities secondary to pancreatic insufficiency also have predictable consequences for growth and development. Organ dysfunction can occur at widely different ages and progression of the disease is highly variable. Although CF is a multi-system disease, lung involvement is ultimately the major cause of morbidity and mortality.

Initial screening of newborn bloodspots measures IRT. This pancreatic exocrine product is significantly elevated in over 90% of affected newborns. An elevated IRT should prompt additional genetic evaluation or sweat testing to confirm the diagnosis. If the patient being screened had meconium ileus or other bowel obstruction, IRT screening is not reliable and additional screening or diagnostic tests should be considered as indicated.

Early diagnosis by newborn screening has allowed earlier combined anti-inflammatory and antibiotic therapies to combat upper respiratory infections and nutritional supplementation to avoid nutritional deficits. Dramatic progress has been made in improving quality of life for these newborns.
Because the diagnosis and therapy of cystic fibrosis is complex, the pediatrician is advised to manage the patient in close collaboration with a consulting pediatric pulmonologist. It is recommended that parents travel with a letter of treatment guidelines from the patient’s physician. 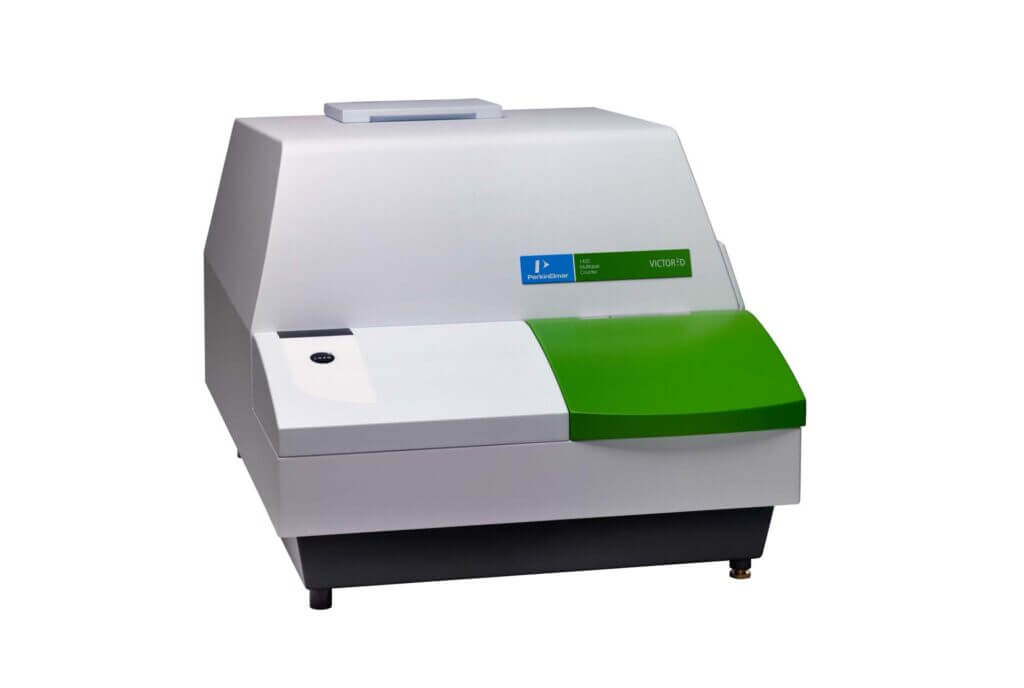 The VICTOR2™ D System is the ideal measurement platform for low volume laboratories. Easy to use and reliable, the VICTOR2™ D system provides start-up newborn screening programs with the right balance of cost-effectiveness and control.
Learn More